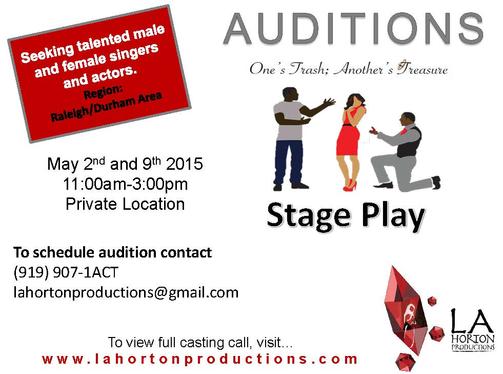 “Will I ever find the man of my dreams? Will I ever get married? I guess he will do. I’m sure he will change his ways and love me unconditionally, right? I KNOW I can change him…”

These are the thoughts that boggle the mind of Angela Devereux; a young, smart, outgoing and loving real estate agent with dreams of marrying the perfect man in her life. Angela has always fallen in love with the wrong man; that is until she decides to look deep inside of herself to find inner peace and discover her own self-worth. During this time, she will have to come to terms with her own thought process and the dead end relationship that she is currently in. Will she eventually find the love she seeks? Or will she accept the TRUTH and discover where the secret of true love really lies?

Travel with Angela through a journey of denial, fear, doubt, self-discovery, self-love, then TRUE love. . . POSSIBLY???

Boyfriend of lead character, Angela. Charismatic, funny and muscular (gym buff). He is very experienced at being a womanizer and playing the field. Outrageously narcissistic, feeling the need to manipulate and use women to feed his ego.

Inquisitive neighbor of lead character, Angela. She is a devoted friend/motherly figure to Angela; but is absolutely repulsed by Darnell. Has a very bold and comedic personality.  Must be able to sing. (Song choice to audition would be selection by Gladys Knight, Angie Stone, Teena Marie, Aretha Franklin).

Friend of lead character, Angela. Has a very spunky attitude; not afraid to speak her mind. Very strong willed.

Friend of lead character Angela. The voice of reason. Very calm with a witty demeanor.

Mother of lead character, Angela. Former enabler; allowing herself to be mistreated by men. Is extremely passive; avoiding confrontation. Is very sweet with giving heart. Must be able to sing. (Song choice to audition would be Betty Wright, Gladys Knight, Aretha Franklin, or Adele).

Friend of Darnell. Former player that is now reformed. Voice of reason and wisdom.

One of the boys! Accomplished womanizer. He is very obnoxious; flat out rude. Comedic personality (must be very funny).

Very cool demeanor and laid back. Extremely likable person that does not like to get in the middle of things.

Fatherly figure for lead character, Angela. Small restaurant owner/cook that is funny, strong and unpredictable. Must have a comedic personality and be extremely funny.

Entrepreneur and lady's man. Very handsome, smooth and cleancut. He is very respectful to women and carries himself as a gentleman. Ladies LOVE this guy!

Very desperate and impatient for the attention of men. Uses her body to get what she wants.